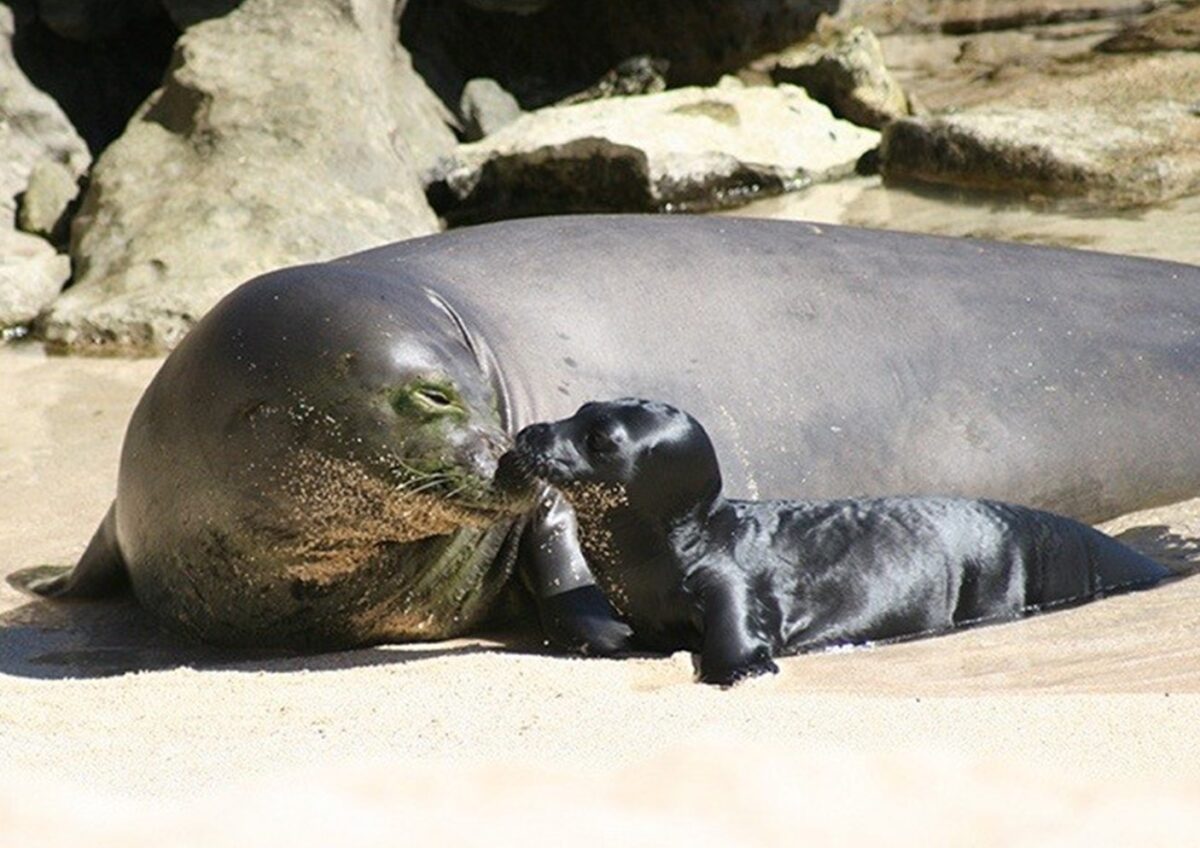 CASE #1 –  VASH received a referral from North Hawaii Community Hospital regarding a visitor who was on a snorkel tour in A Bay and was found unresponsive. The visitor was transported by ambulance from the bay to the hospital. The tour boat operator drove the wife and two friends to their condo for a change of clothes, then to the hospital. VASH program director met the wife and friends at the hospital and provided emotional support. The male visitor in the group was dealing with disbelief, as he had performed CPR for over 20 minutes until EMT arrived. VASH stayed with the surviving visitors until body retrieval arrived. VASH then provided transportation for the wife and two friends back to their condo, including picking up food for dinner and for breakfast the following morning. VASH guided them through the process of getting their loved one home and assisted with Ballard Family Mortuary and the family’s mortuary in Alabama. The visitors wanted to fly home earlier than scheduled, so VASH worked with Delta Airlines who were able to change the tickets, waived change fees, and the difference in fare. The friends of the deceased contacted VASH when they returned home to express their gratitude for the support and assistance provided.

CASE #2 – VASH received a call from the Hilton Waikoloa about a guest from California who was the victim of domestic violence and wanted to depart the island immediately. The staff did not have many details, so they had the visitor call us directly.  The visitor had traveled here with a significant other who became abusive, however, she did not want to contact the police. VASH assisted here with information about same-day ticket changes. She was appreciative of the support she was given.

CASE #3 – VASH received a call from the GM at the Hilton Waikoloa, to let us know that there was a drowning in the hotel’s lagoon involving a guest and their family on the way to the ER. VASH assisted the GM from the Hilton with follow-up information regarding the deceased family and their return home. VASH also assisted the visitor in communicating with the mortuary about getting her husband’s remains home. The wife was grateful for the support services VASH provided and the Hilton was thankful we were able to assist their guest.

CASE #4 – A couple from Korea were rescued at sea by the Coast Guard after their yacht was stranded due to a broken mast and engine failure. The Fire Chief Battalion contacted VASH to assist and take care of the two visitors once they were on shore. VASH provided them with an Uber to Walmart so they could purchase necessities. They plan to repair and store their boat until next year so they can sail during fairer weather.

CASE #5 –VASH assisted a couple from Colorado whose rental vehicle was stolen while they were hiking to Haena Beach. VASH guided him on what to expect when acquiring another rental and provided him with an Uber the following day.

CASE #1 - VASH assisted a family of six from California who booked a snorkel tour off Kawaihae Harbor. The father was found unresponsive in the water and transported to Queens North Hawaii Com- munity Hospital where he was pronounced dead. The family had special cultural rituals that they wanted to follow and the wife wanted to go home immediately. VASH assisted with referrals to local mortuaries and they were able to fulfill the family’s wishes.

CASE #2 - VASH received a referral from Kona Community Hospital regarding an unidentified women who had been sexually assaulted. The victim needed a ride to Hilo Medical Center, where the rape kits are implemented. VASH assisted with arranging transportation for the next morning. The following morning, VASH was notified an officer would transport the visitor to Hilo Medical Center.

CASE #3 - VASH received a referral from a visitor from Colorado with her family of seven. The father be- came ill and went to the ER at Queens North Hawaii. He treated for gastrointestinal pain and re- leased. The following day the family went to visit Volcano and the father relapsed into pain and began vomiting. The family drove to Kona Community Hospital where father was admitted late that afternoon. He required emergency surgery and the family was scheduled to depart Hawaii Island for Kauai the following day. VASH assisted the wife with travel changes and emotional support.

CASE #4 - A woman from Japan and her two young children had all of their clothes stolen from the hostel where they were staying. She spoke little English so VASH provided a volunteer interpreter to determine her needs. It turns out she was experiencing several obstacles and was upset about re- ceiving a ticket for operating a vehicle while using a cell phone. She received another violation for no seat belts on the children while operating a vehicle. Then she went to Pahoa Police Sta- tion, to dispute the cell phone ticket, she received another ticket for parking illegally which upset her even more. VASH advised her to return to the Police Station for a copy(s) of her report for the insurance reporting purposes.

CASE #5 - A family of three from Washington State were staying at The Pagoda Hotel for two weeks. They found the Pagoda to be unsatisfactory due to no air conditioning, no hot water, broken toilet handle, and an algae filled pool. There was no manager on duty, nor were there housekeepers avail- able. The father spoke with a former police officer who listened to his experience and referred him to VASH for assistance. VASH arranged for a kamaʻaina rate with the Hilo Hawaiian Hotel for the remainder of their vacation. VASH advised them to take pictures and make a police report in the hopes of gaining a full refund. They moved out of The Pagoda immediately that afternoon. VASH gave the family a “bag of consideration” and three lei. The family was very appreciative of VASH’s assistance.

CASE #1 – VASH received a referral from Kona Police Department regarding three couples staying at an Airbnb in Kona that was burglarized. Much of their belongings were stolen, along with cash and credit cards. They felt unsafe sleeping in the Airbnb another night, VASH assisted with locating alternative lodging for them. VASH also seared donations for a luau and a gift card to Brown’s Beach House.

CASE #2 – VASH received a referral from Kona Community Hospital regarding a visitor with a severe infection who was unable to fly home as scheduled. VASH assisted with rescheduling flights, wheelchair service, and emotional support for the spouse. He was grateful for VASH’s assistance.

CASE #3 – VASH received a referral from Queens North Hawaii Community Hospital regarding a visitor who was found unresponsive in the water at Hapuna Beach. The male victim was pulled from the water and transported by ambulance to the hospital. VASH answered their questions regarding transporting their deceased loved one home. The family was traveling with 25 members of their church group and felt supported.

CASE #4 – A visiting family of five flipped their car on the way to Hilo’s International Airport to catch their flight home to Minnesota. The family was taken to the hospital to be assessed for injuries. The mother sustained the worst injuries and was admitted to the hospital for a few days. VASH assisted the family in providing the father with information to make it easy for him to change their Delta Airlines connecting flight. Hawaiian Air Lines is always very gracious and change the status of their tickets to open. VASH was also instrumental in getting them a discounted stay at Hilo Hawaiian Hotel where they stayed for five nights. They made it back to Minnesota where more medical care was needed for the mother.

CASE #5 – An elderly couple fell while visiting their rented condo at Waikoloa Shores. They drove themselves to the hospital where the wife was admitted. VASH arranged a discounted stay for the husband at Hilo Hawaiian Hotel and contacted Alamo about their car rental needing servicing. VASH provided the husband with taxi coupons to go visit his wife and to take him to pick up their rental when they were ready to go back to Waikoloa.