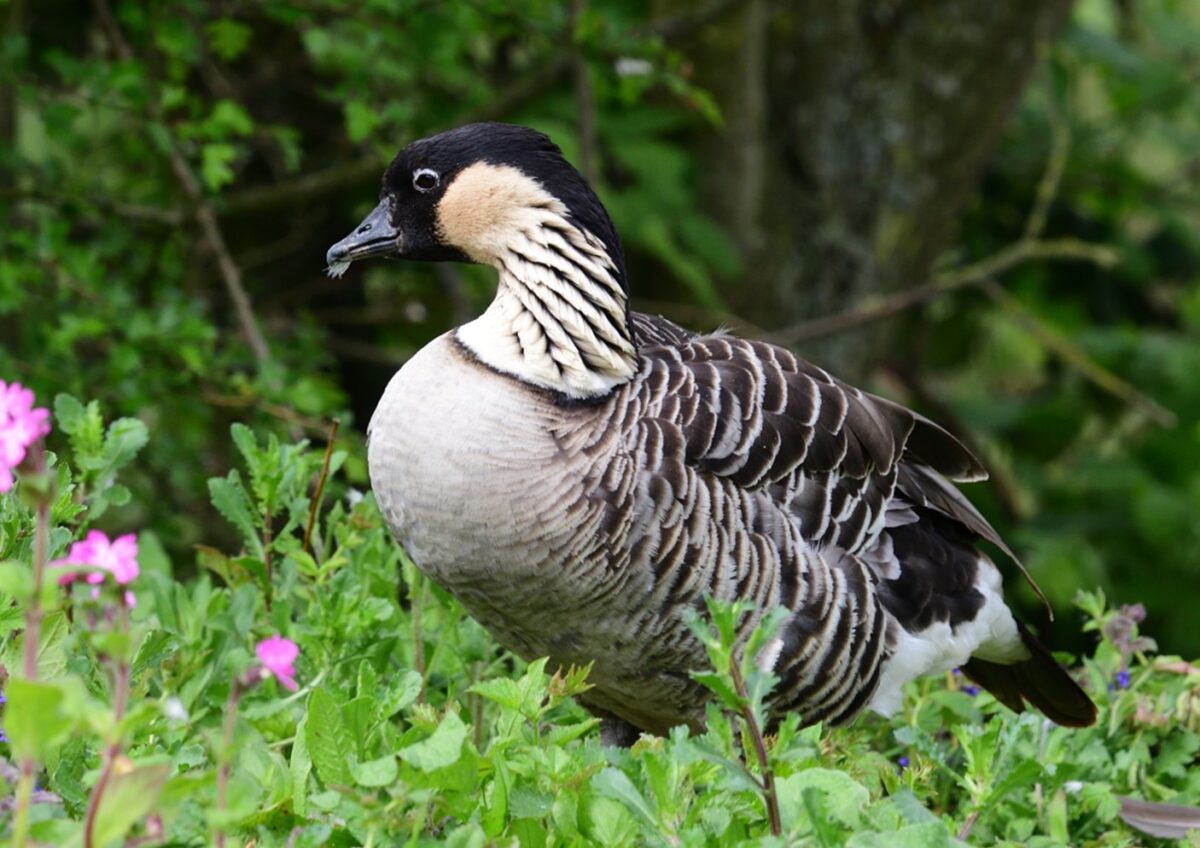 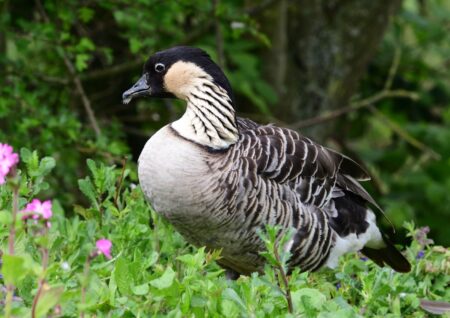 VASH spoke with the husband of a woman who had committed suicide. VASH offered him assistance with his questions regarding quarantine for incoming visitors who will be attending her funeral.

Officer Kension called VASH concerning a woman who came to Hawaiʻi Island to see a specialty doctor. She came into town late in the evening when there was no attendant at the desk and fell asleep in the lobby. When she awoke, her backpack had been taken, along with her phone, wallet, and other items. VASH called Hawaiian Airlines on her behalf and found a one-way ticket to Portland for $182 scheduled to depart from Hilo September 14-17. Once she secured the ticket, VASH called Hawaiian Air to change the date to a sooner time of departure.

Hilo Medical Center (HMC) called asking if VASH would assist a gentleman who was sent to Hawaiʻi by the VA in March and needed to return to the Mainland because his wife had a miscarriage. VASH suggested he call the VA and request they purchase a ticket for him to fly back home.VASH received another call from Hilo Medical Center requesting assistance for the same gentleman, and VASH informed them of our scope of services and whom we assist. Since his situation was not Covide-19 related, VASH suggested they try Catholic Charities. They shared that the VA was paying for his hotel bill at Hilo Hawaiian.

VASH received several phone calls in the month of July from potential visitors seeking information about traveling to Hawaiʻi. Most questions were about quarantine restrictions. VASH instructed visitors to look at both the County of Hawaiʻi’s website and Hawai’i Tourism Authority’s website for detailed information. There were a few instances of people who owned farms and wanted to come back to check on them without having to quarantine. VASH directed them to State of Hawaiʻi’s website and suggested they submit a letter to request a quarantine exemption.

VASH received a referral from the Hawaiʻi Tourism Authority (HTA) regarding an Oahu resident who had concerns regarding a 19-year-old man who had flown to the Big Island in early July to work on a macadamia nut farm. He was complaining and concerned about the poor living conditions on the farm.   HTA asked VASH to follow up. VASH reached out to the friend and was given a narrative of the situation. VASH contacted the 19-year old man later in the day. He was upset about being treated poorly and over-worked. He complained of eating only spam and rice when he was a vegetarian and unable to leave the farm due to the quarantine. He said he felt there was bigotry against him because he was gay. VASH offered to purchase a plane ticket so he could leave the island as he was still within his 14-day quarantine and fell within the requirements. He declined the offer, and VASH sent him $100 for an Uber ride from Captain Cook to Volcano. Weeks later, he called VASH and explained his new position in Volcano was terminated, and he wanted to leave the island. VASH consulted with HTA and VASH Oahu, and it was determined because he didn’t take the offer when first presented, the airline ticket was no longer available. He was still very grateful for the support while he was here and texted kind words.

Visitors numbers to Hawaiʻi Island have fallen drastically during the pandemic; however, VASH continues to move forward and use this time to improve our functionality by updating our website and reporting systems. In August, we received five referrals and assisted nine visitors.

VASH received a referral from the Kona Police Department regarding a woman who was traveling from Arizona with her three year-old-daughter. The visitor came to Hawaiʻi to see her father who was suffering from heart failure at Kona Community Hospital. She flew from Oahu and was staying at the Holiday Inn Express in Kona. The Holiday Inn called Kona PD because she was unable to pay her bill. The manager at the Holiday Inn also confirmed the woman was violating the quarantine. The woman said she quarantined on Oahu, which the officer confirmed. However, inter-island quarantine was reinstated the day before she arrived on Hawaiʻi Island. Therefore, she was required to quarantine again.  The officer expressed concern for the three-year-old and didn’t want to see the child taken from her mother due to the appearance of drug use. VASH assisted by purchasing a one-way ticket back to Arizona, including an Uber ride to the airport. The women was hesitant to leave the island because of her father. The officer met her at the airport to make sure she got on her flight. He provided support and assisted her through TSA. He also waited to ensure she boarded her plane. The officer called VASH that evening to confirm she was on the flight and thanked us for our assistance.

VASH received a call from a man in California who inquired about Hawaiʻi County’s quarantine rules if he chose to lodge in a short-term vacation rental (STVR).  VASH contacted Civil Defense for an update on the latest regulations concerning Covid–19 travel quarantine. “A visitor must stay in place for fourteen days at a qualified STVR. When the traveler lands, they are asked where they will be staying. Once the property is verified, the visitors are monitored for fourteen days”.

A woman and her adult daughter (who have two emotional support dogs) called VASH for assistance in finding a long-term rental.  Their rental property they had reserved was canceled unexpectedly. They planned to move and live in Waimea, where they are currently building a house, and wished to stay on the island until the construction was completed. VASH referred them to the Hilo Legal Aid Office, Hawaiʻi Disability Rights Center, and an alternative leasing agency.

A public health nurse from The Department of Health’s Disease Outbreak Control Division, which assists with Hawaiʻi’s Covid–19 response, contacted VASH about a family of seven who were quarantining since August 28 due to Covid-19 contamination. They had to quarantine through September 18 due to family members testing positive for Covid-19 at various times. This pushed their departure beyond their original date of September 6.

VASH contacted Hawaiian Airlines for their assistance on changing the flight dates to depart September 20. Hawaiian Airlines waived the ticket change fee, saving the family over $800. All seven family members, including an infant, traveled from Kona to Portland that Sunday.

VASH East took the last of the Girl Scout Cookies to Pahoa Police Station along with a card and got a chance to check in with Captain John Briski.

VASH East received a FAX from South Hilo Police Department concerning a visitor from Cincinnati, Ohio. She reported being sexually assaulted in May in Pahoa, Hawaiʻi, where she came to work and live. She is currently living on the street and is receiving assistance from Care Hawaiʻi Crisis, which is the organization behind Crisis Call Line for suicidal thoughts and homeless people. The service is provided for 16 hours a day for 30 days. Care Hawaiʻi purchased a ticket for her to return home.

VASH received a referral from HTA regarding a visitor traveling from Florida who was staying at the Hilo Bay Hostel. She was informed by the hostel staff that she would no longer be able to stay at their facility due to her immobility. The visitor needed a mobile scooter to get around, and the hostel was unable to store the scooter in a safe location overnight. The visitor was on her 2nd night of quarantine. VASH assisted by referring her to other qualified locations to finish her quarantine; however the visitor stated she did not have the funds to pay and that she was expecting to move to Hawaiʻi. Her plan was to relocate to Hawaiʻi and access low-income housing options. Due to the Labor Day weekend and Covid-19, that option wasn’t as streamlined as she had hoped. VASH Program Director continues to work on this case.

VASH assisted a woman traveling from Florida who had relocated to Hawaiʻi for a teaching position. She was staying at the Kona Beach Hostel when she received notification that her teaching position was terminated before it started. The visitor had just finished her 14-day quarantine and was expecting to move into her residence; however, the lease agreement was also terminated. VASH assisted by referring her to possible employment opportunities and housing options along with meal and shelter support.

VASH received a self-referral from a woman who was traveling from Colorado. She paid money to a family friend for one month to stay at their home in Waikoloa. She, her girlfriend, and their three kids wanted to explore Hawaiʻi after completing quarantine. Unfortunately, the family friend did not provide a safe space for them. Because money was tight, she didn’t have enough money to stay at a hotel with a rental car. She felt endangered and needed to leave the island as soon as possible. VASH worked with VASH Oahu, who booked same-day tickets for all five family members. Although the family did not have the means to pay for their own tickets, they were able to donate $700.00 to VASH Oahu, demonstrating good faith and gratitude for the generosity and assistance provided.